Silicon Valley—the global hub of technological innovation—is often perceived as a region of wealth and prosperity. But one out of every four people in Santa Clara and San Mateo counties is at risk of hunger.

To address food insecurity, Second Harvest of Silicon Valley, one of the largest food banks in the United States, works with a network of 310 nonprofit partners to provide groceries for the community. Second Harvest’s mission became even more important—and more challenging—when Silicon Valley ground to a virtual halt earlier this year.

“There was huge inequality in the area before the pandemic,” says Elizabeth Whamond, director of IT for Second Harvest. “And now with many people losing their jobs, the situation is getting worse and the demand is going up.”

In April 2020, Second Harvest provided food to more than 500,000 people, an 85 percent increase compared to their average distribution. Meeting the demand has been no easy feat—especially with half of the organization’s staff now working from home, a reduction in volunteers due to a statewide shelter-in-place order, and an entirely new food distribution model.

“We had to change everything on a dime,” Whamond says. “We used to have a farmers’ market-style approach where people could pick and choose the food they receive. Now we’re pre-boxing food and placing it in their trunks to avoid contact.” 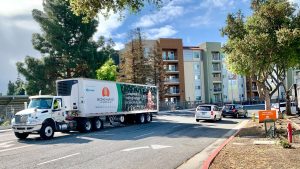 Fortunately, Second Harvest has received an outpouring of assistance to confront the growing need.

“We’re very much a face-to-face organization, so we’ve never done this before,” says Whamond. “DataEndure has been a great partner. They helped us make the switch to telework, assisted with firewall and domain controller upgrades, and continue to keep us protected with 24×7 monitoring.”

“Security is always important, but it’s absolutely critical in times of crisis,” says Vince Zappula, chief revenue officer for DataEndure. “Hackers see this as an opportunity, and nonprofits are often a target. There was a 600 percent spike in phishing attacks between February and March 2020.” 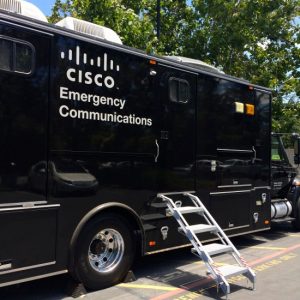 With its technology infrastructure fortified and half its staff remaining productive from home, Second Harvest was able to focus on ramping up food distribution. Knowing its three warehouses couldn’t meet the growing demand, the food bank began looking for additional space.

“The Cisco real estate team stepped in and helped us locate and acquire a fourth warehouse,” says Whamond. “Then we had a call with the Cisco Tactical Operations team, and they got us fully outfitted and online the very next day. Their assistance and speed were remarkable.”

The “TacOps” team—which helps relief agencies in times of crisis—acquired and configured Cisco phones and a Cisco Meraki network for the warehouse. The rapid response ensured the new facility could become operational and begin distributing food in days instead of weeks or months.

“This has been really hard, but the community at large has come together to help,” says Whamond. “I think people are seeing how vulnerable and interconnected we all are. There’s been a lot of giving.”

To make a donation and give hope to people in need, visit Second Harvest of Silicon Valley.